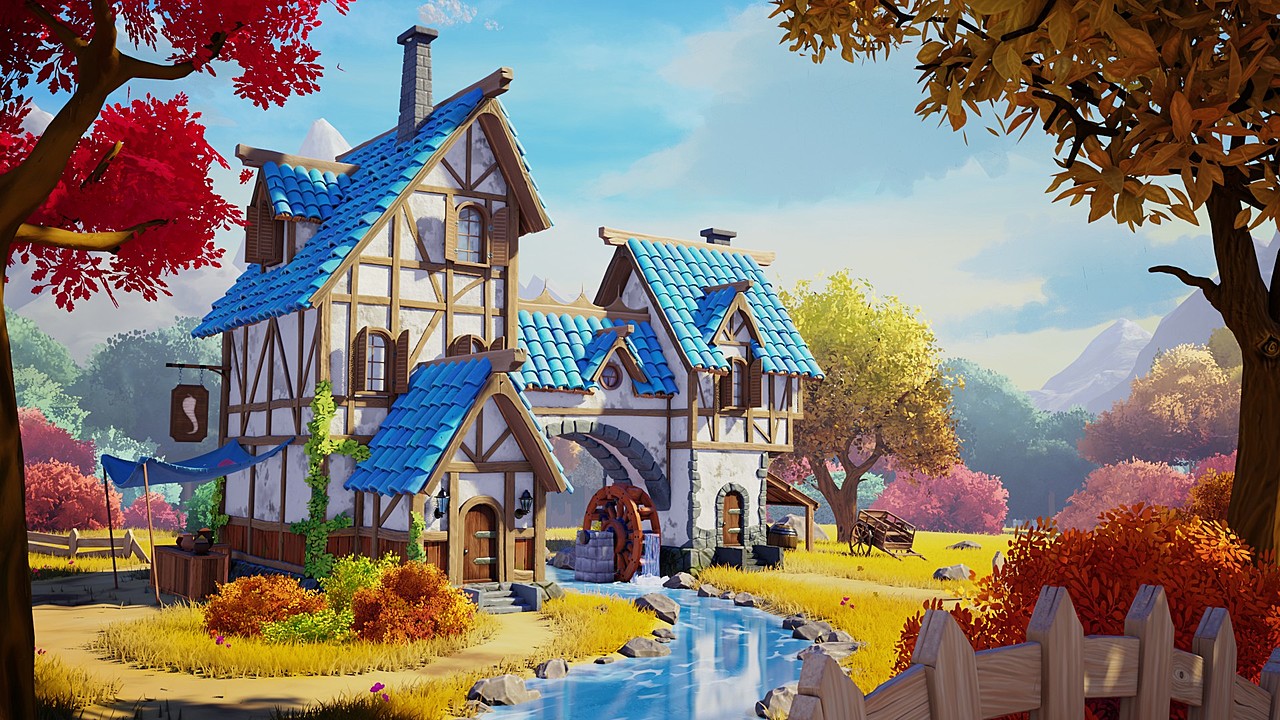 This short film is the result of a collaborative project between CG Cookie instructors and more than 130 Citizen members! After nearly a year of production, I could not be more proud of the final results and the team that made it all happen.

Our goal with the Collab format is to do a collaborative projects like this annually. They're unique opportunities to create something BIG together with Blender. You could be part of the next one! Keep reading for info about Collab2022.

The first collab kicked off the format by accident and by the end, I think everyone involved could imagine bigger projects for the future. Collab2020’s focus was simple and straight-forward: hard surface modeling. So for 2021, a full-fledged environment meant several additional skills like sculpting, texturing, and even animation.

If that didn’t raise the bar enough, we also chose an outdoor environment. Sure we could have aimed for a contained indoor environment - I’m looking at you sci-fi hallways - but no, we decided to create a large outdoor world that makes you feel like hiking all the way to the mountains in the distance. Such a feat takes planning, consistent understanding of style, and tons of 3D assets to build including natural and man-made.

You can watch all stream recordings for insight into the process:

Thanks to the excellent concept art by Vadim Zaitsev we had a clear stylistic goal to achieve. But unlike the backhoe which was based on explicit real-world blueprints, translating 2D concept art into a cohesive 3D world is a very different task. 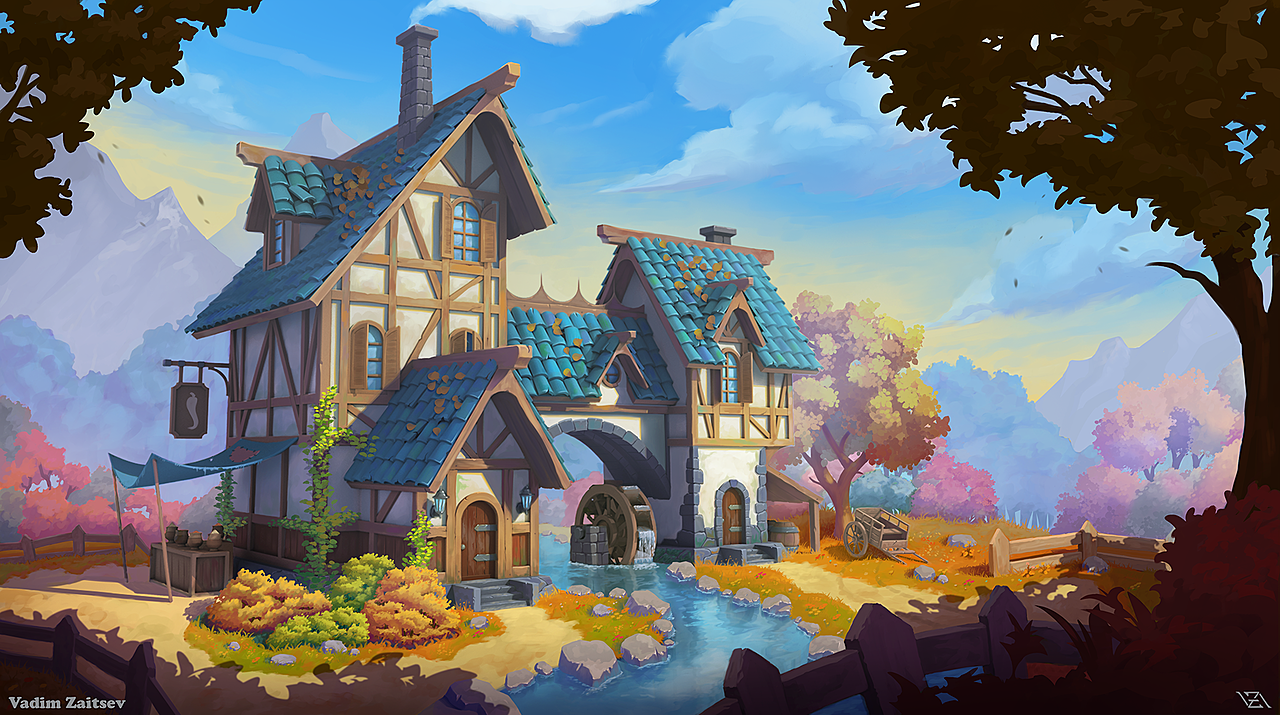 So many gaps need to be filled in and governed by a subjective interpretation of the art. In the end I’m extremely impressed with the way the Collab2021 team accomplished this! Through teamwork and meeting in the middle of each other’s interpretations, the house, the environment, and the interior look phenomenal from every angle. Just don’t mention the direction the creek flows. It’s too soon…we’re all still recovering from that debate.

Collabs are a breeding ground for ideas

Without a doubt, one of my favorite facets of this format is the creativity that naturally emerges from the team. The mutual excitement surrounding these projects leads to many grass-root ideas tossed around through the process. Some are just fun and wacky, but others significantly effect the trajectory of the project.

For 2021 we didn't have a clear idea of what the final result of the project would be. For example, would it just be model file to download? A sequence of environment shots? Some sort of mini short film?

Toward the end, it was suggested that we add a narration to our renders to inject story into the visuals. Like imagining the spice vendor was reminiscing about their home while traveling for business. Almost over night, Omar Domenech had written a script and Phil Osterbauer had recorded a demo. It blew everyone away and we could clearly envision the final incarnation of the project!

Another idea from the team was the interior. This was even suggested in the weeks before the collab officially began. Honestly I think the project would have turned out great if we just stuck to the exterior, as defined by the art, but that wasn't enough for this team!

When the collab period ended, several contributors expressed interest in continuing with the interior. I had to exit the project to complete my HUMAN course and Omar Domenech took the lead, rallying the interior team in my absence. I think the final interior speaks for itself in terms of quality and authenticity to the spirit of Vadim’s art.

What's really neat is seeing the enthusiasm for the project continue after the Collab is officially over. Omar Domenech was inspired to relight the scene for a spooky night time vibe. He dropped our jaws with this one:

We aimed for the final environment .blend to be smoothly navigable in realtime with Eevee. Which meant low-poly models, texture baking, channel packed textures, and general optimizations across the board. In the end we fell a bit short on that goal however, given the scope of the project, I'm quite happy that the scene still navigates around 20 fps on my machine (with the interior collection turned off). I still have a lot to learn about optimizing for realtime. Also Eevee is kind of a beast for handling all these assets and textures as well as it does.

Some fun stats about the project:

You can DOWNLOAD THE COMPLETE PROJECT and get lost in the fantastical world of the Spice Vendor! 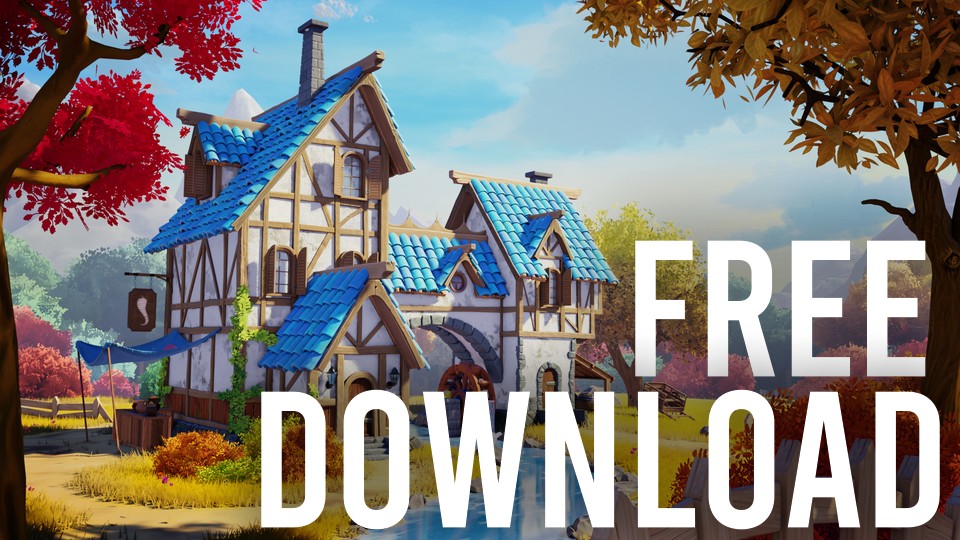 With dreams of bigger projects comes the need for a bigger team. Registration was left open in 2021 to all interested Citizen members and 133 contributors signed up with about 80 sticking around till the end!

To accommodate such a large group of contributors I recruited Jonathan Lampel to split directing duties along with 9 team leaders. This was a very effective improvement for the format. Every team lead stepped up in a big way, even though we were all figuring out the pipeline out together in real time. 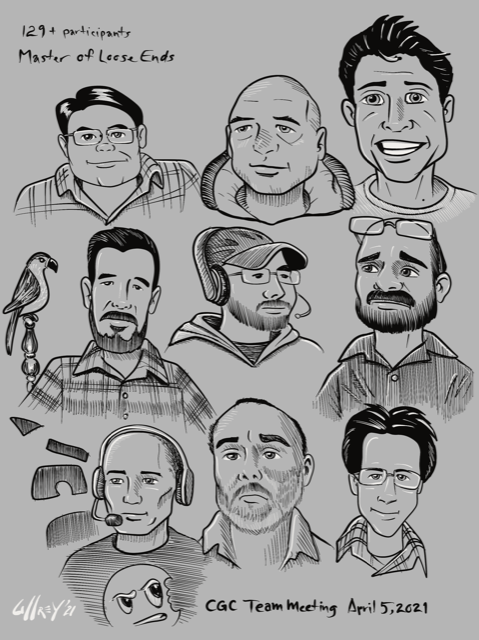 Big shout out to The Spice Barons:

I truly couldn’t have done it without them. Here they are, immortalized in a caricature sketch by Matthew Ullrey during our first zoom call 👈

Another thing that always impresses me is when members go above and beyond for the project. This was true all through 2020 and 2021. I'm not going to be able to remember them all but here's a list of key moments from Collab2021:

I fear that I'm forgetting other notable members stepping up for the project for which I apologize! Generally speaking there was a spirit of willingness on this team; to do whatever needed to be done. This spirit benefited the project in a countless ways. Thank you! 🙏

Though this project is a definitive success in my book, not everything went swimmingly. Here's a few major take-aways that I want to continue processing and improving for future collabs:

YES Collab2022 is happening! For the past few weeks we've been brainstorming about it on Discord and I must say, I'm very excited!

If you like BIG ROBOTS 🤖 please watch this "elevator pitch" video. Sorry, I know15 minutes makes this the longest elevator ride in history...1.75X speed is your friend.

The Collab period will span 2 months in the summer (9 weeks) and will be divided into 3 stages:

Apply Now to Join the Team!

You read that correctly: apply. This year I'm implementing an application process instead of open registration like in 2021. My goal is to develop a smaller, more committed and more refined team this time.

I'm looking for a 30-person team where each member:

The team is open to all skill levels. There will be a certain number of spots available for beginners, intermediates, and advanced Blender artists.

Please fill out THE APPLICATION if you're interested in joining the revolution! 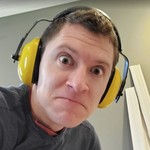