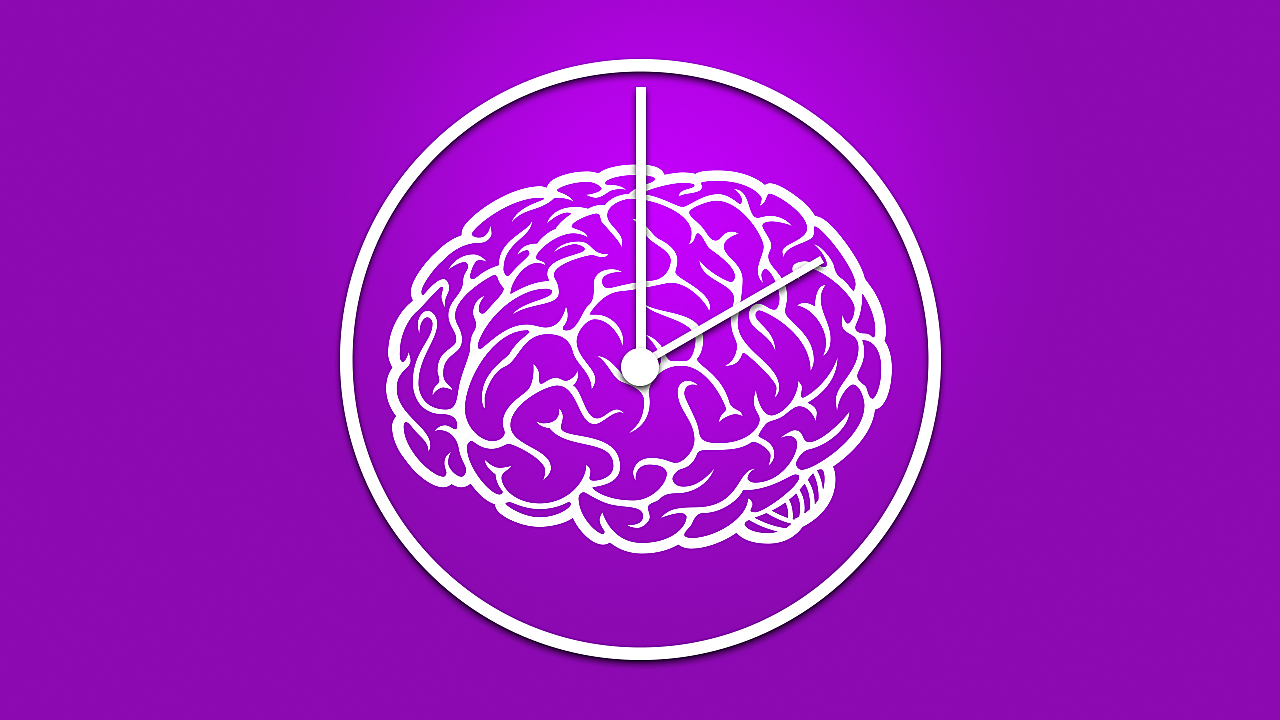 I Don't Have Time!

Oh, the age-old phrase - attributed to a caveman ca 12,000 B.C. when asked by his wife to skin a mammoth.It's as common as it is untrue; the fact is, we are all given 24 hours in a day. The trick is to determine what it's best worth using for.Setting aside the time is just one aspect of learning.What else matters? Knowing why and howy ou're doing it.

Learning How to Learn 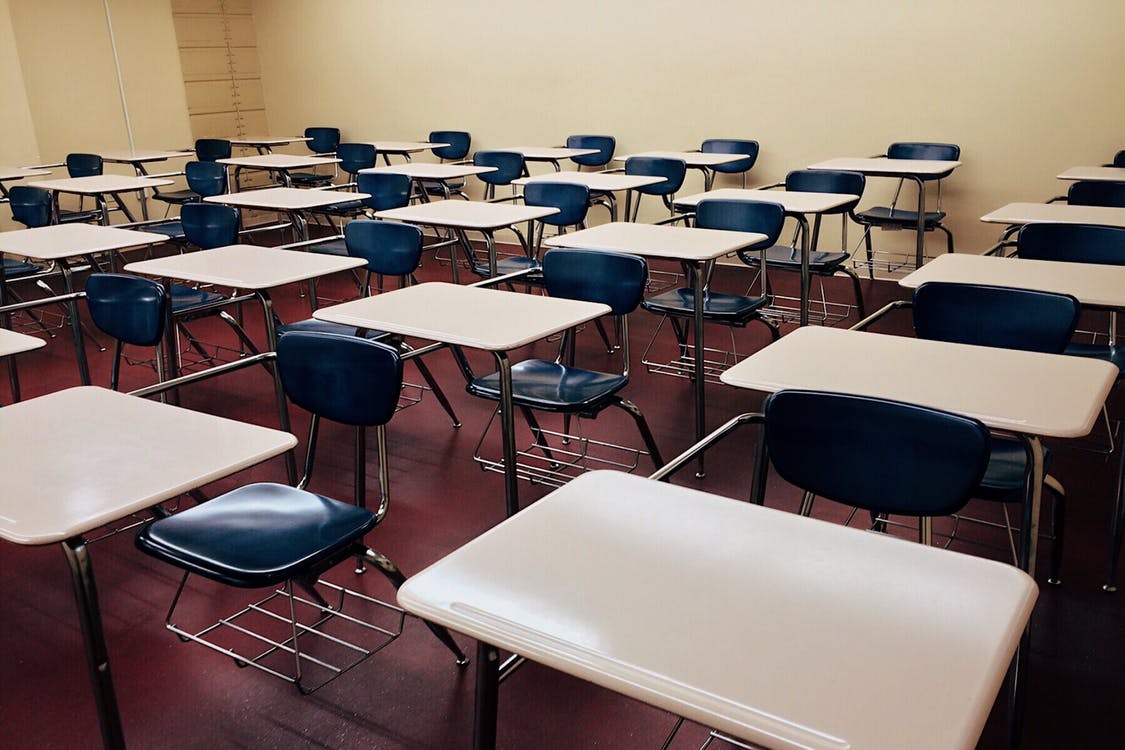 The way most of us learned at school - being told information and trying to retain it - is far from optimal, and certainly not fun (unless you are lucky to have exceptional teachers).

The VARK model of different learning styles (Visual - Auditory - Reading - Kinesthetic) was widely popular in the 1980s and is still prevalent today. It claims that each learner has a different preferred style of learning through which they achieve the best results.

Psychologist Dr. Christian Jarrett debunks "neuromyths", including the VARK model: "People are in fact poor judges of what form of learning will be best for them," says Jarrett. "In reality...a mixture of learning styles is the best solution."

At CG Cookie, the topic we teach - 3d creation - is nothing if not visual, which is why the video format makes the most sense.

A podcast describing a Blender workflow, on the other hand...not so much.

Find Your Personal "Why" 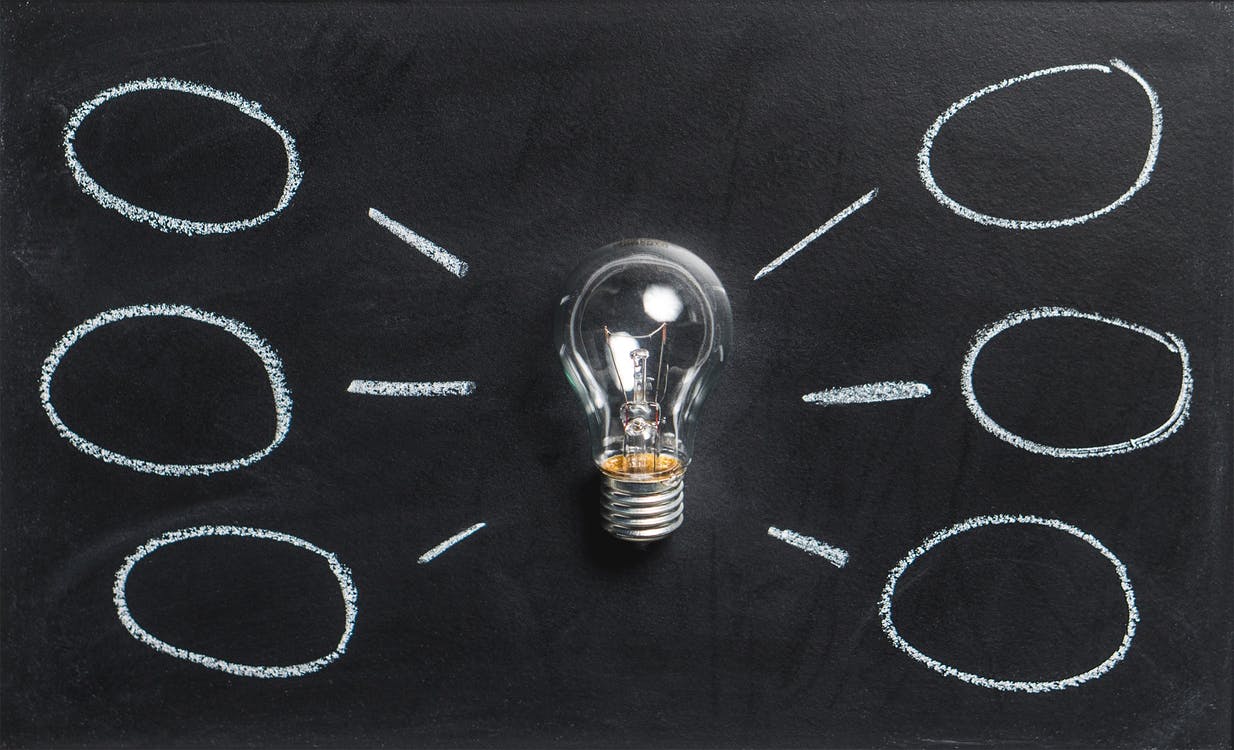 Why is learning such a pain sometimes? Heck, we all start off pretty bad!

So put it into perspective: why do you want to learn hard surface modeling?

Nobody learns topology for topology's sake (unless your are Jonathan Williamson who has previously admitted to actually *gasp* enjoying it).

Maybe that truck you are modeling is to be part of your Blender short that gets you excited. Knowing proper topology for your truck to be rigged and animated gets you one step closer to that goal.

That goal can make your whole process more worthwhile.

If not, well, it's going to be difficult to push forward during tough points (and yes, they will come).

The Struggle Towards Mastery 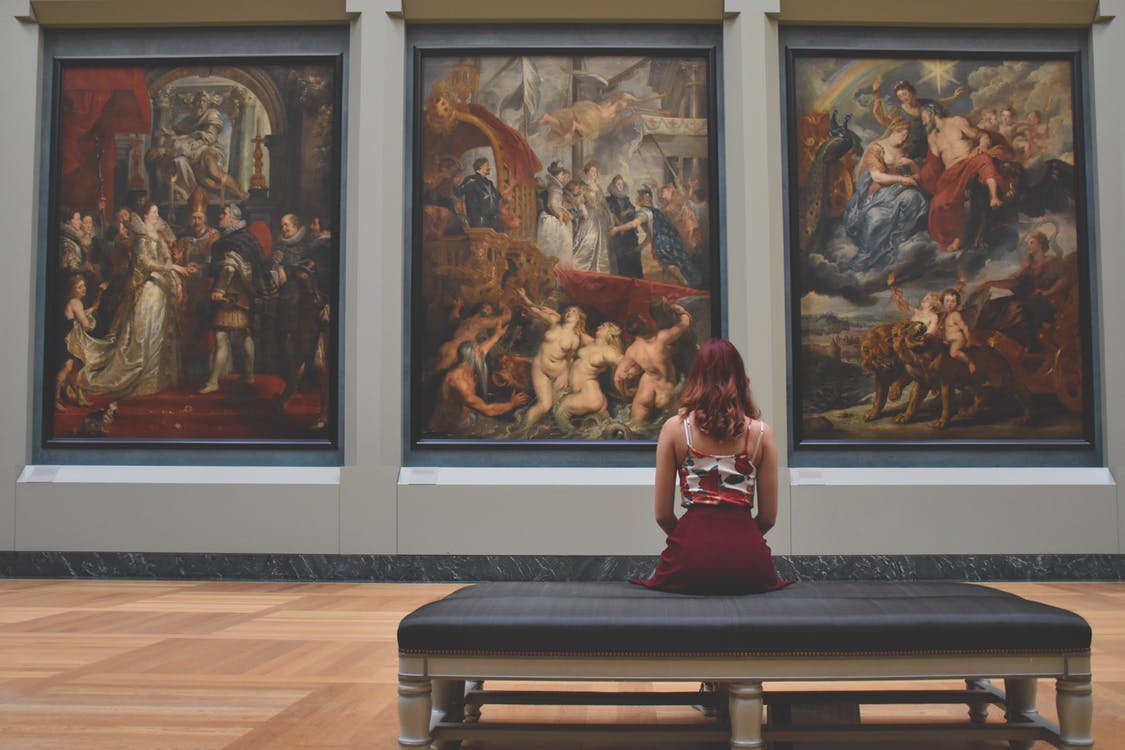 In his book Mastery, Robert Green argues that what we consider a gift or talent is really just the result of deliberate, relentless practice.

Becoming a master at anything takes time. The irony - and the reason why the absolute majority of people doesn't get there - is that until we become great at something, it will more than likely feel like a chore to continue practicing and learning.

As you've probably experienced, certain elements of learning become easier the longer we learn, creating a snowball effect when things start to fall into place and make sense.

How do you get to that point? From learning in pieces, to chunks, then massive pieces.

Think of it as a mountain.

When you first start, you can't even see the top and you have a massive amount to learn from the bottom, but once you're halfway up you can see there's less and less to learn and your experience improves dramatically.

The Goldilocks Rule and Seeing The Path Before You 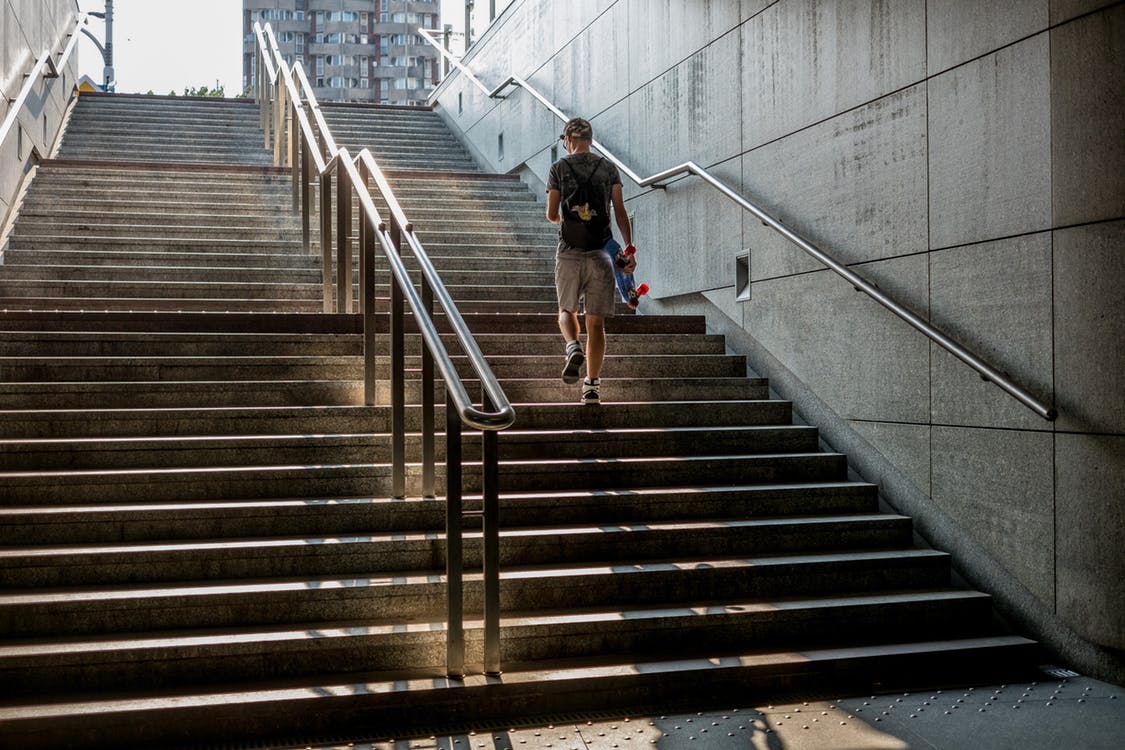 Humans experience peak motivation when working on tasks that are right on the edge of their current abilities. Not too hard. Not too easy. Just right.

The Goldilocks Rule, by James Clear

Bottom line: it's tough to truly enjoy learning when you step too far out of your current abilities.

This applies to all forms of learning.

Try something too far out of your current comfort zone and you're likely to feel confused and, what's worse, discouraged. 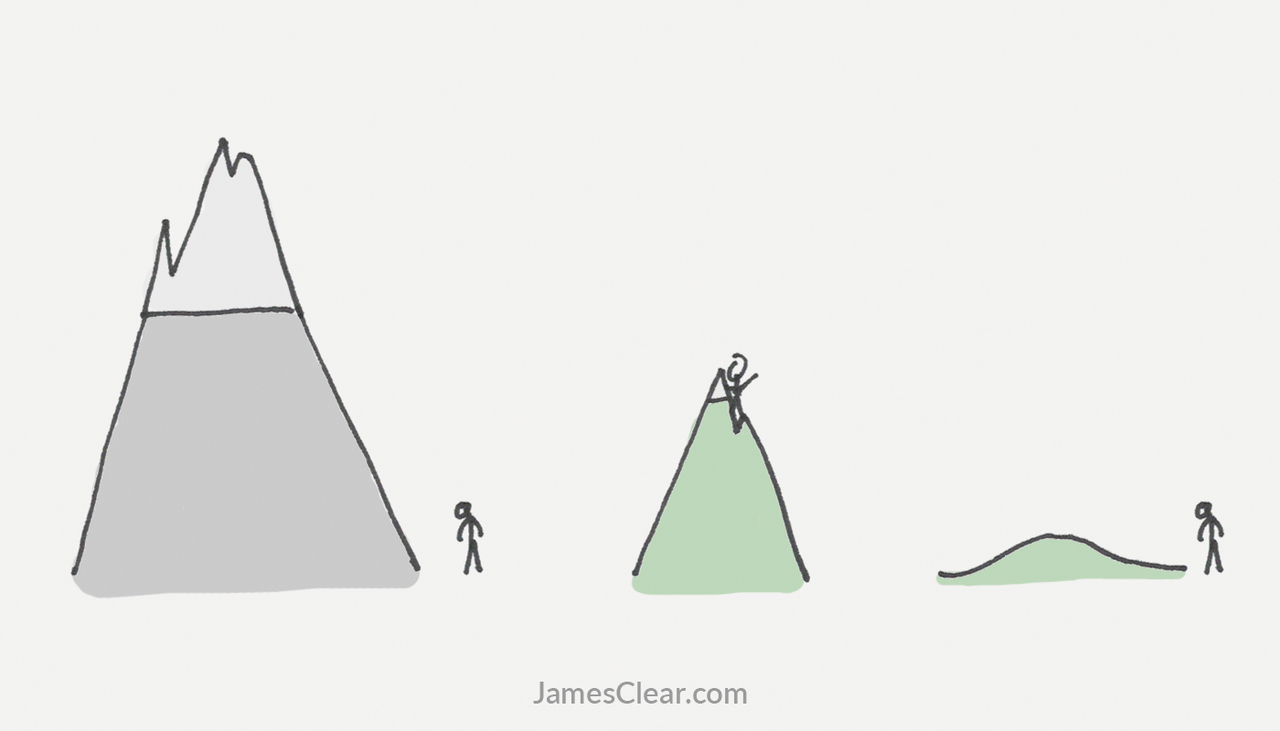 Learning is far more manageable and easier to keep up when you have a logical pattern of progression.

It's one of the reasons we have Playlists with multiple Blender courses so you can see the beginning and the end - and all the bits in between.

Some of our courses also have brief quizzes which help you to put into action what you've just learned. 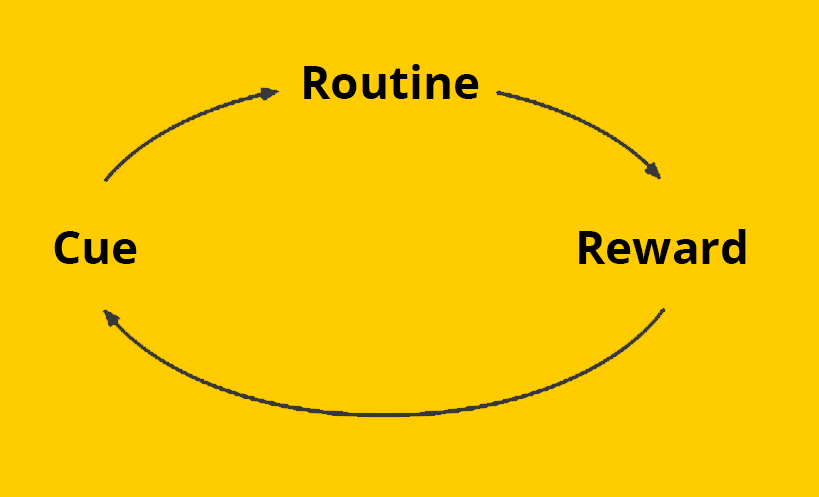 We are what we habit: from when we wake up, to what we most often eat, to how we think.

The majority of our actions is, in fact, ingrained habits. Good or bad, habits make who we are, so make them work for you - and make learning that much easier.

If you're a fan of analyzing and measuring, you may track your habits. After all, “What gets measured gets done," as the saying goes.

You can keep track of your habit progression by using the X Effect (explained on this X Effect thread of Reddit). The gist: mark an X for every day that you accomplish your habit over 49 days.

Make these habits specific. Instead of "learn 3d modeling", you say "create one 3d model this week". Make it measurable and easy to track.

"I have found that a day of not drawing can quickly spiral into two days, three, then a week, a month…and before you know it, you have fallen off the wagon completely.

I’ve made it a habit to draw every single day and I’ve been doing this for the past 11 years now.  Not one day missed.  Not one."

Start small, don't try to create 5 new habits all at once because then you won't create any. Instead create one, two at most and track them daily. Some people like to keep their X Effect grid taped to their desk to be constantly reminded of what they want to accomplish.

Often, we get too ambitious and want to learn everything: I want to be a great programmer, animator, 3d modeler. I want to build a massive skill set to slap on my resume.

Instead, think about all the times you really understood something.

If you're building a game and you don't quite understand why you're getting a bug, you'll eventually figure it out after searching online and testing out various methods of fixing it.

Had you heard about that bug from someone else prior to it happening to you, you would've dismissed it or completely forgotten about it. You simply didn't get the information at the right time.

Getting started is often the hardest part.

Tasks seems like big mountains to overcome, but once we get started, these mountains soon turn to hills and we wonder why we ever feared them.

To get started, set yourself small, manageable tasks you can accomplish everyday.

Don't watch an entire course in one day. Instead, dedicate yourself to watching one lesson.

Make it so easy that it'll be ridiculous to avoid doing it. It could be as simple as rotating the default cube in Blender.

Once you've started you may end up doing more than you initially thought, and if you did it right it might actually be a ton of fun to learn.

Learning is never ending process: what is your trick for making the time for it?